Lou Mitchell - On The Lyricism of Brandi Carlile 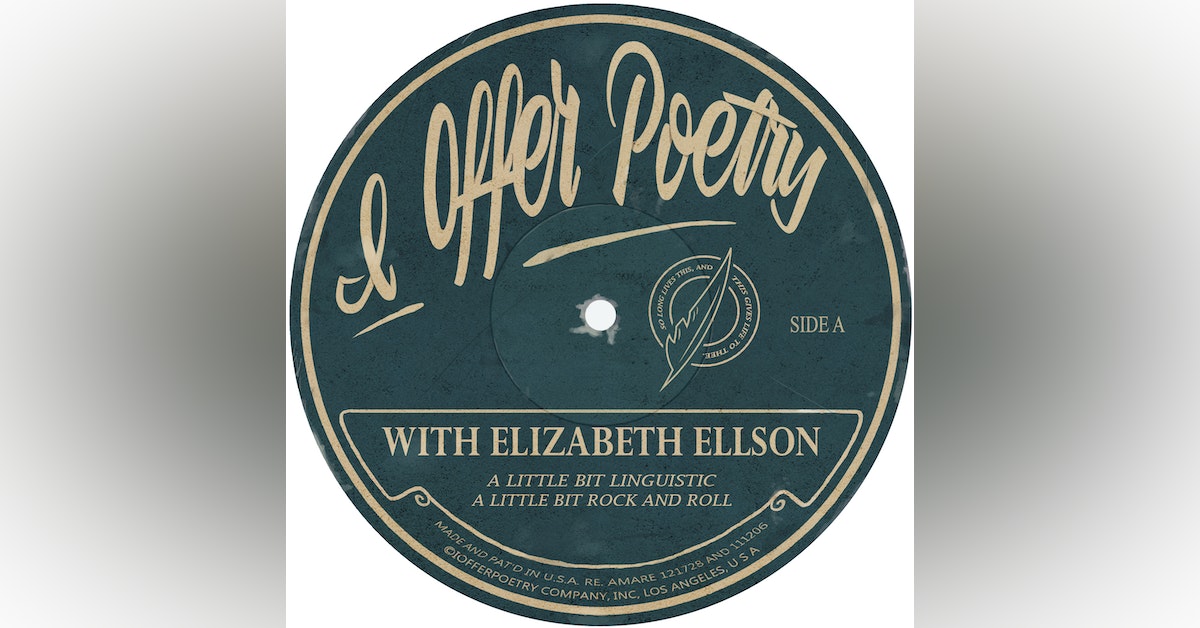 Another first for the podcast; Concert Deconstruction. Elizabeth has invited a wonderful musician friend to dissect lyrics as poetry after attending a concert and getting to experience their live performance.   Introducing Lou Mitchell, a singer...

Another first for the podcast; Concert Deconstruction. Elizabeth has invited a wonderful musician friend to dissect lyrics as poetry after attending a concert and getting to experience their live performance.

Introducing Lou Mitchell, a singer songwriter from California who spent the majority of her childhood either in the dirt or out on the delta. Like any other small-town kid, she couldn’t get out of there fast enough. She spent the majority of her twenties trying to blend in with the city only to realize she’ll always have a little more dirt on her shoes than the rest. Lou started writing music right out of high school, mostly using it as an outlet as she ran in circles trying to find her place in the industry. She took a surprising turn back to her country roots and immediately felt at home within her music as it called on the most authentic version of herself.

In this week’s episode Lou and Elizabeth sing the praises of Brandi and her brilliant band. In terms of witnessing their performance, there is much commendation of the excellent musicianship of the entire group and fawning over the joy emanating from Brandi herself. Related to the lyrics themselves there is a great deal of discussion over how romantic relationships age and the honor it is to have a human safe space. Lou dives deep on how the song is not a standard structure and therefore lends itself to poetry so innately. Elizabeth crosses her fingers that writer Phil Hanseroth intentionally included a couplet in the song’s ending.

Although Elizabeth slips up once or twice and calls Lou by her full first name, Lauren, she is thrilled to celebrate the release of Lou’s first single. Newly available on Apple Music and Spotify, 'Wholesome' is a country song for those who are still finding themselves and accepting with grace and enthusiasm that they might just be really good at makin’ dumb decisions.

“[The lyrics are] written in four separate parts… and it's sort of out of the format that I'm used to writing in and that on the radio we're used to listening to, because [typically] you start with a verse and then pre chorus, chorus, and it's sort of in this structure that we're a little bit confined to. This song is so beautiful because it's just like, here's the first part of the story and the second and the third, and then we're going to come back and the fourth is the same. Lyrically the same as the first stanza, but by the time the song is over, it means so much more and has a different meaning. So I think that just the way that they broke the convention was really what stood out to me.”

Couplet: (noun) two lines of verse, usually in the same meter and joined by rhyme, that form a unit

Where to find Lou:

Where to find our host Elizabeth:

Where to find us:

Email has been submitted.